ARE YOU A COSTA ALUMNI? PLEASE CONNECT WITH THE PROGRAM BY FILLING OUT THIS CONTACT FORM
-click here- 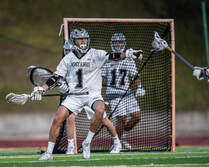 Nik Butler '21
Nik suffered a broken hand at the start of the 2021 season, but rejoined the team to cap off a great career at Mira Costa. Nik will be taking his talents to Quinnipiac University where he will play for the Bobcats! 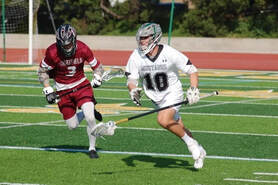 Cole Garvey '20
At Mira Costa: Bay League Defensive MVP 2019, Adrenaline All American 2020.
Led the team in every defensive category as well as face off win percentage from 2017-2020. Cole is now at Bryant playing for their NCAA DIVISION ​1 Lacrosse program 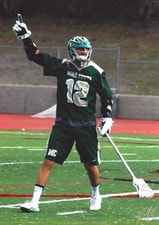 ZANE CRANDALL - 2016 MIRA COSTA ALUMNI
At Mira Costa: Two-time US Lacrosse All-American…served as team captain during his junior and senior seasons…attended Nike’s The Ride and earned the top SPARQ score at Jake Reed Nike BlueChip…was an Adrenaline All-American...earned Team MVP as a senior, Offensive MVP as a junior and team Rookie of the Year as a freshman… was a three-time All-League selection and a two-time High Rollers All Star…selected to the Greater LA South All-Area First Team…was a four-time scholar athlete and earned honor roll all four years…graduated Magna Cum Laude…winner of the Presidential Award for 100 hours of community service.

JOHN VAN SICKLE- 2016 MIRA COSTA ALUMNI
was a three-time All-Bay League selection and was twice named his team's MVP...made 736 career saves and had a save percentage of better than 70 percent...named an Adrenaline All-American and was selected to the U.S. Lacrosse All-CIF team...a two-time Scholar Athlete Award winner and a three-time Honor Roll recipient. 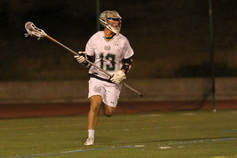 Julian Menendez
2017- Mira Costa Alumni
Now at Cal Poly MCLA D1
Julian was a member of the Mustang lacrosse program all 4 years at Costa and now takes his talents to run with another pack of Mustangs at Cal Poly, a traditional powerhouse in the MCLA. Julian was instrumental while at Mira Costa is starting a Holiday toy drive, that has become and annual focus of the program.

THOMAS FARRELL- 2010 MIRA COSTA ALUMNI
LEHIGH NCAA DIVISION 1
Farrell was a two-time high school All-American, in 2010 and '11, and also participated in the 2011 All-American Game and Champion All-American Showcase. He owns the school record for most assists in a game (8) and career (116) and is second all-time in points (223). Farrell helped lead Mira Costa High School to two Bay League and LA County Championships. Mira Costa finished as CIF Southern Section runners-up twice as well. Individually, Farrell was the team points and assists leader in 2011 while also garnering Team MVP and Bay League MVP laurels (for a second straight season). Farrell led his squad in points in both 2009 and '10 as well while earning First Team All-Bay League recognition as a sophomore. He has impressed in the classroom as a four-year Scholar-Athlete. 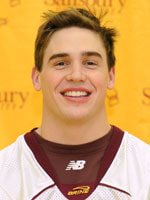